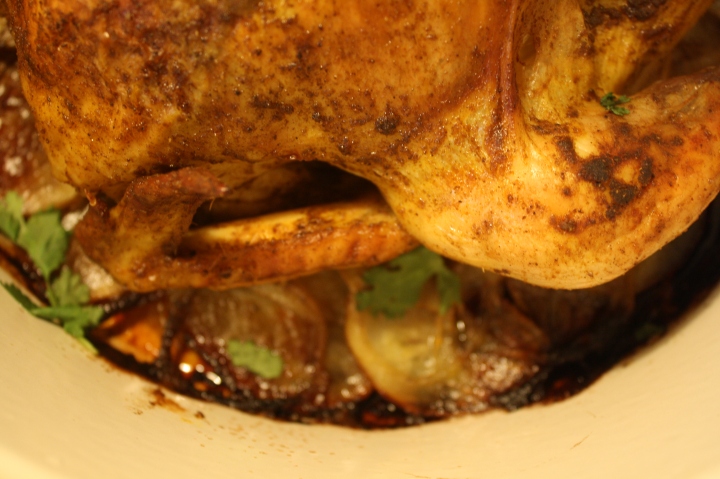 When winter comes, I crave the warm, heart-reaching spices. Garam masala is made with my mortar and pestle. The bright reds of cayenne, chili, and paprikas are used more often to paint every dish. Pinches of cinnamon, cardamom, cloves, and nutmeg in almost everything, from home-cooked meals to all baked goods. This isn’t to say I don’t welcome them during the warmer months; I do. This is to say I celebrate the hell out of them when trees loosen up and we find ourselves bundled up, head-to-toe. 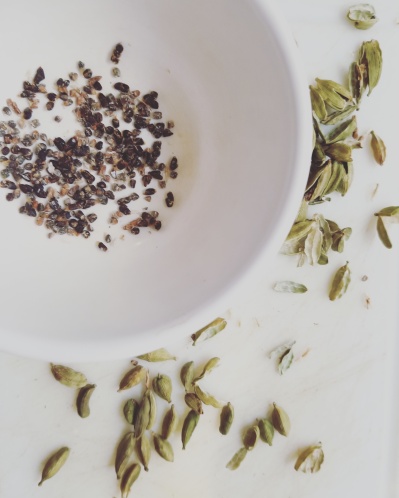 When we spent our first cold and snow-filled week at New Paltz, we ate plenty. But when we ordered take-out from their one-and-only Indian restaurant, Dan and I ate, like, well, animals, according to his father. It was a feast of chicken tikka masala, masoor dal, chana dal, chicken and vegetable biryani, meat and potato samosas, naan, sauces–one a very bright green which reminded me of pandan, something Tory and I discovered while eating Kaya Toast. This feast was everything we NEEDED, and some. It was the best we’ve ever tasted, too.

When we returned to the city, I have not stopped using the spices that filled us that night. I’ve made masoor dal (as usual), Orange Cardamom Crumb muffins, chana dal, and this Indian-spiced roasted chicken. Once in my dutch oven on a bed of scalloped potatoes, and again in an aluminum roasting pan. 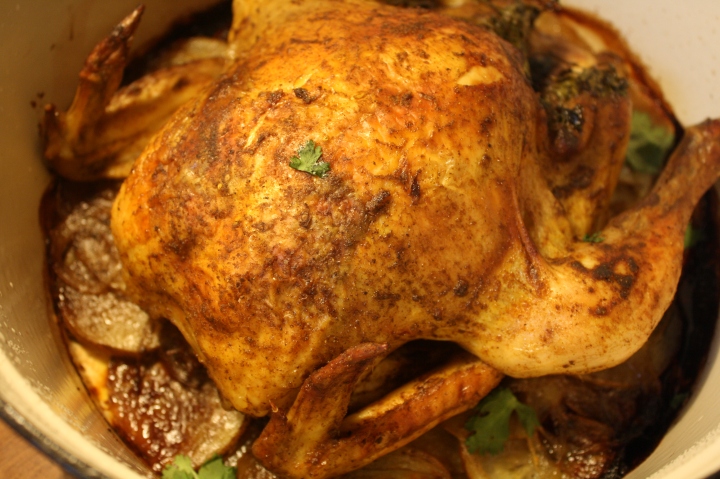 In truth, I was never a fan of the colder months til I fell in love with these spices, especially what they can do when they find themselves together as a rub, marinade, or in soups, stews, pilafs, and baked goods. For this roast chicken, I, unsurprisingly, made a marinade using the juice of an orange and it’s zest. My brother said to me yesterday, “whenever you use an orange in your cooking, it’s damn good.” I use an orange in almost all my cooking these days, so that’s a major compliment coming from someone who has given me a total of 3 within the last 20-something years. Thanks, Bruh. 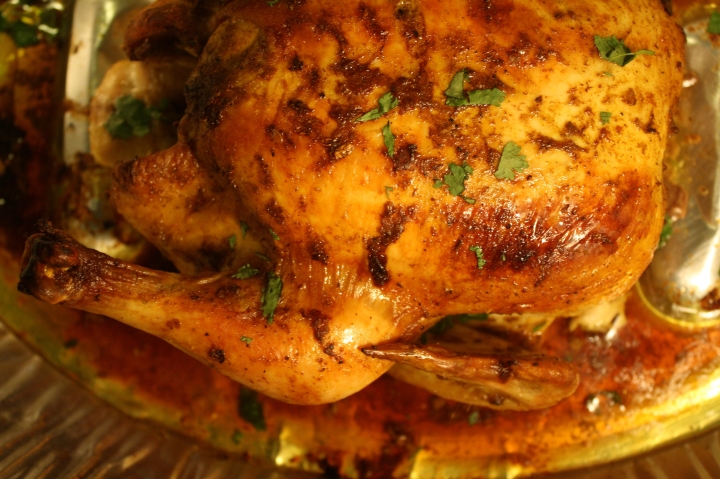 Combine all in a small bowl, whisk marinade thoroughly. Clean chicken, pat dry. Generously salt your chicken inside and out. Rub marinade under skin, in cavity, as well as all over. Refrigerate in a sealed container overnight or up to 24 hours. Day of roasting, oil your dutch oven or roasting pan. Heat oven to 375. Depending on your seasoning/heat tolerance, I sprinkle some more chili powder and garam masala before putting it in. Cover tightly and leave covered for 1 hour. Uncover for next 20-30 minutes, til crisp.

Everyone’s got their favorite way to roast a chicken. Sometimes I like to begin with it roasting breast-side down, then flip it over after about 30 minutes. Sometimes I leave it uncovered at all times. But I am currently in love with my dutch oven. It kept mine very tender, and soaked the potatoes in its spicy goodness. 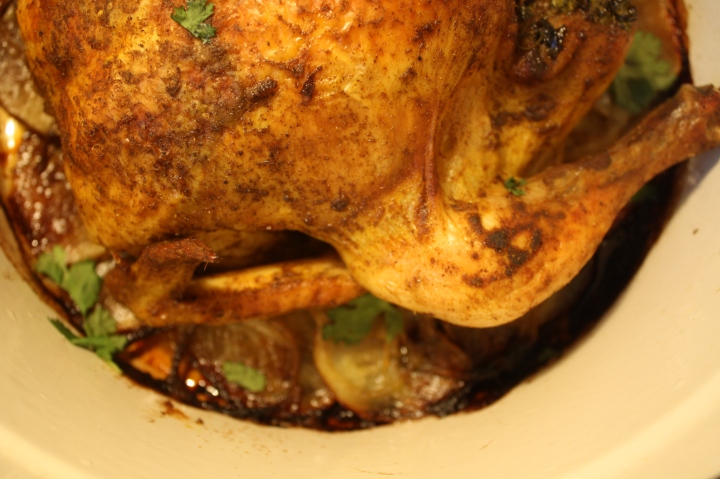 Next roast, I’ll use similar spices but create the marinade out of yogurt, which is more traditional to Indian cooking, and usually how I go about making Butter Chicken. On the top of my list of recipes to test out is Chicken Biryani. I have a feeling it’s going to be a favorite of ours.

One thought on “Indian-Spiced Roast Chicken”